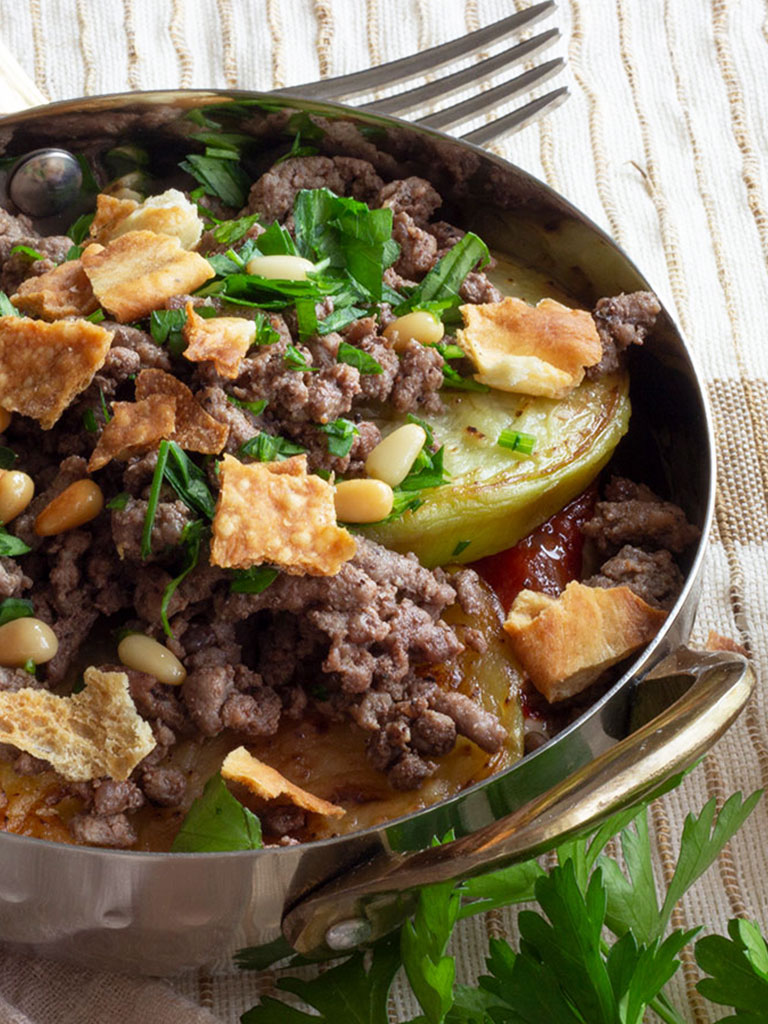 Fettes are great ways to use up old pita bread. I think they probably originated in the Middle East for this reason, as it’s considered a sin to throw away bread in the Muslim religion. Growing up, if there was bread that was super old or dry, my religious relatives would never be put in the garbage, but instead in it’s own plastic bag. Not really sure what they did with it, but I’d like to think they fed the birds!